What about SXI, CLS and PFS? 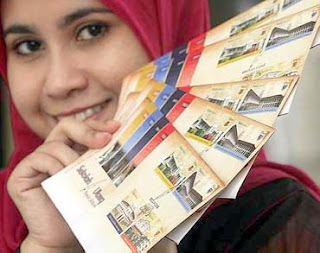 Four premier schools have been honoured with special sets of stamps and first day covers by Pos Malaysia Berhad, The Star reported. The schools are SMK Victoria, SMK Convent Bukit Nanas (KL), SMK St Thomas (Kuching) and SMK All Saints (Kota Kinabalu). These schools certainly deserve the honours. Congratulations are in order but Pos Malaysia should come out with further sets of stamps to honour other schools that have been left out.

Surely, the St Xavier's Institution, Convent Light Street and Penang Free School should be included. For that matter, in the first instalment. The SXI is more than 100 years old and has produced many prominent personalities. So has its rival, the PFS. Penangites would surely want to include the Chung Ling High School which has its alumni worldwide. That's how big these schools are. Former students of these premier schools are proud of their association with their alma mater. Schools then were named after personalities and not street names. Can we imagine cheering after "SMK SS2" for example in a sports event?

I am told that Pos Malaysia has no say on what should be featured on our stamps. There is a committee comprising the stamp council, philately council and even the multi-media commission. I hope I am wrong. The panel has done a marvellous job so far and we hope they would put things right by including more schools. For the record, the panel has acted professionally by selecting these schools which were founded by Christian missionaries. In short, they looked at merit and history.
Posted by The Writer at 10:49 AM

In Kedah SAHC should be included.SAHC just celebrated its 100 years.

ISSP in previous years produced best students in SPM and STP shouldn't be left out.

That's all for Kedah.What about other states ?

Pos Malaysia ought to have their head examined. Leaving out premier schools like SXI, PFS, MBS, Chung Ling in bizzare, to say the least. Gila kah, Pos Malaysia?

Penang Free School will celebrate its bicentenial in 2016 which is not too far away, even before Vision 2020 is realised. It is good that this school be honoured. Although not quite it was before, the traditions and alumni are beyond measure.

What is unique about PFS is also that the school houses - Pinhorn, Hargreaves, Hamilton, Wu Lien Teh, Tunku Putra and Cheeseman - are all named after prominent principals and personalities.

The roads nearby also carry their names and each time there is a road-naming controversy, I always shudder if some idiots might decide to do away with some of the English names.

what about St John's Institution in Kuala Lumpur ?

it has produced great Malaysians over the years such as

Sorry St Xavier's was not selected but Convent Bukit Nanas deserves every bit of honor bestowed upon it. It's the best, I was there.

Oi!! What about with SXI? I mean what's wrong with SXI?

Something is wrong with you guys! What philately council? What stamp council? You people dare put yourselves in that yet not knowing history when it comes to history?

Labor Omnia Vincit - Labor Conquers All. Who needs a bunch of stupid stamps to recognize a good Christian Brothers School? I am proud be a Xavierian...and if they chose not to honor our alma mater, so be it. I guess we have our unique Xavierian way to celebrate our school. Dato - keep up the spirits and don't despair. I don't think I want my kids to remember my alma mater in all stamp album

Penang Free School has already been on Malaysian stamps for its centennial.

what about these great institutions, Catholic high school, kuen cheng, La SALLE, ASUNTA, SULTAN ABDUL SAMAD. COME TO THINK ABOUT IT MAYBE CAN INCLUDE ALSO THE NOTORIUS INSTITUTIONS, LIKE BTN, PDRM, ACA, FATWA COUNCIL, UMNO baru lah of course. ARENT THESE latter institutions also involved in educating the public on how and who not to emulate. lol

If SXI is not included in the very new future, then something is very wrong with this committee, this is what happens when criteria for selections are not made public, and I am referring to all manner of selections in Malaysia.

I no longer know what to make of it anymore. Whilst I'm still proud to be an Old Free, I'm not so sure about the school today.

I guess this is what happens when the government via the education ministry injects its idea of what education should be and changes traditions passed down since 1816.

In PFS's case, the rot started with the appointment of the 1st non-Free headmaster and the subsequent infusion of students and teachers so as to fulfill a quota.

It saddens me today to see the once mighty PFS nothing more than a shell of its former self, notwithstanding its close to 200 years of traditions and excellence.

And I agree that after MBS ;-) PFS, SXI, and Chung Ling should all be at the top of the list.

Datuk, to honour the school in stamp is good for the elite school. But this small thing they can't even do it right? Not mention how the goverment want to handle the education system. The school you mentioned are all wonderful school in the olden days and produced many professionals and they should be remembered.

During my time - in the sixties and seventies - PFS, SXI, Chung Ling, Technical Institute - were the elite. Today, we have so-called premier schools like SM Aminuddin Bakar, SM Almashoor, SM Bakti, SM Alaudin and so on. Nobody knows these schools, and yet they supply the bulk of the laughable As in public examinations. Tell me what's going on? Simply ridiculous. Something's rotten in the state of Malaysia. By the way, Chun Wai, the standard of English in your esteemed paper is going from bad to worse. Recently, a heading caught my eye. 'Centre swarmed by hordes of people', screamed the headline. Yes, we can have people swarming a place but the correct heading should be 'Centre swamped by people'. I hope English editor Kee Thuan Chye can look into it. A consoling factor is that the NST is equally as bad when it comes to English.

Almost all the distinguished schools are either the Christian missionary schools, the Chinese schools, the Royal schools, and none are the "standard" type government schools who are faceless, "nameless", barren national type schools. It is a sad state of affair. And ever since the government interfered with the running of the missionary schools, these schools are no longer distinguished, but have become the faceless standard "national type" schools. Let's face it... the SXI, the PFS, MBS, VI, CLS etc are long gone memories of excellence. Today they are just as useless as all the "standard" schools. WCW, you were right that they should get politics out of the school. The politicians have killed our schools. They have succeeded in bringing down the excellent schools to become low level schools. That satisfy their "level playing field" demand..while they send their own kids to private schools.
XAVERIAN

Aiya ...all these SXI, PFS, VI etc are so yesteryear. They are no longer news. Now the likes of JI, the sekolah pondoks are the ones in fashion for the Malaysian govt. Where else can they draw talent to join councils to issue fatwas, do raids on courting couples, yell fire and brimstones every friday to indoctrinate people to become suicide bombers, haters and anarchists?

This is a good idea but causing more arguement! Pos Malaysia should explain the basic criteria or guidelines on those schools selected.

Seems like everyone is very passionate about their old school. So do I. However, I'm not going to say much but to refer you to this item on my blog, http://ssquah.blogspot.com/2008/12/new-malaysia-what-about-sxi-cls-and-pfs.html

I would believe that those people that decide on First Day Covers would have been aware of this.

Victoria Institution is not, and never ever was, a Christian Missionary School.
If anything, we are, and will always be, free spirits.

PFS is the oldest formal school in South East Asia.

C'mon... SXI and past Xaverian's does not need a stamp to be proud of ourselves.

If you're not a Saints, keep your comments to yourself. If you're a Saint, what happened?? You woke up on the wrong side of the bed, ah?? Seriously...stamp??

And, please don't judge our school by the number of successful 'people'. We're proud of everyone.

So - shut the hell up. They can make stamps for every GD school except SXI.