Soaring focus on the RMAF

NOBODY can just cart two heavy jet plane engines out of the Royal Malaysian Air Force (RMAF) base, send them to Port Klang and then ship them to a third country. The jet engines ended up in Argentina.

The RMAF surely does not expect us to believe that the scam, no, the theft, does not involve high-ranking officials.

The engines are said to weigh 200kg each and a crane would be needed to put them on a lorry to take them out.

There is a perception among Malaysians that there are moves to downplay this traitorous act by blaming it on some low-ranking officers and absolving the bigwigs of blame.

Certainly, no one would be convinced that a small band of low-rung corporals are able to plan the entire logistics of finding a buyer, stealing the engines and shipping them off.

The engines are sophisticated machines and only those with extensive knowledge of their functions and worth would be able to pull off such a despicable act.

And even if it is true that some clever low-ranking officers were capable of pulling off this theft, the head of some top officials should roll for allowing this fiasco to take place.

Read the rest of On The Beat here.

A very blessed Christmas and a Wonderful New Year 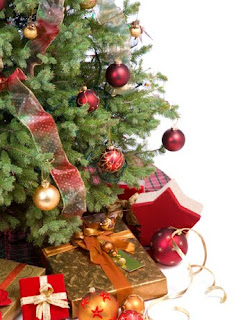 Wishing all Christian surfers a Very Blessed Christmas. And wishing ALL surfers a Very Wonderful 2010. May we all reach out to one another in love and pray for a Good Year to Come. God Bless You All.

No lion dance and tight clothes in Acheh 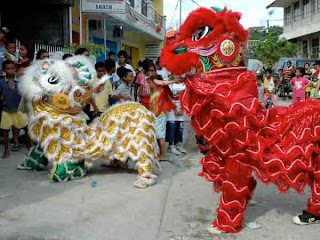 The barongsai, the Indonesian version of the lion dance
It's disappointing. When they were hit by the tsunami on Dec 26, 2000, the world came to their aid. The support came from many Chinese groups from Taiwan, Hong Kong, China and many Buddhist groups in the region. Hong Kong superstar Jackie Chan put in milllions to help the tsunami victims of Acheh to rebuild their lives. That's not all, without the Americans, there would have been many more casualties.
I was in Banda Acheh just days after the tsunami hit Acheh. The Americans were the most effective in delivering food and water to the victims because they had the helicopters. Most European NGOs could only sit by at the airport with the relief supplies as they had no air support. There was no way land transport could be used as the roads were already damaged by the effects of the disaster. Uncle Sam certainly saved many lives, even if the US is hated by some in Indonesia.

So, it is pretty small-minded for the authorities in Acheh to ban the local version of the Indonesian Chinese lion dance, barongsai, to mark the fifth anniversary of the Acheh tsunami disaster. See Malaysian Insider for full story.

A mere fine is not fine with us

Jail the graft offenders and confiscate their assets instead of letting them get away with a fine. To be jailed for two years is nothing if the offender gets to keep his misgotten millions.

It always looks good on paper but the difficult part is implementing proposals on improving things in the country. Public expectations are high and no one can blame Malaysians for running out of patience.

The living standards of Malaysians have basically gone down while the cost of living has shot up.

The streets are no longer safe and public confidence in the ability of our police force to protect us is eroding. Only those in denial mode will tell us that corruption has not gone out of control. It is fast in danger of becoming a way of life, very much the Indonesia and Thailand way. Our politicians can argue that it is merely a perception but try telling ordinary Malay­sians that.

Read more of my On The Beat Column here.

Is Kinabatangan MP Bung Mokhtar getting married to sexy Malay starlet Zizie Ezette? This may seem trivial but I just got back from Parliament House and this is the hot gossip among the MPs. Every reporter is looking for the vocal, if not, outrageous MP for confirmation. There are plenty of sniggers, snide remarks and jokes among the elected representatives and the media.
Agenda Daily which broke the news has reported that many MPs have received the invitation cards for the reception tonight. Bung Mokhtar has denied the wedding but is keeping silent on a possible engagement. MStar has insisted that the two are already married. Daily Chilli got Bung Moktar's comments here. See more pictures of Zizie here.

From the heart and refreshing 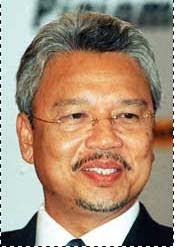 IT isn’t often that we read something refreshing from our politicians. Their statements are often predictable and unexciting. If they are in Government, they are talking down to us, lecturing us or are being plain defensive.

Those in the Opposition are not exemplary either. It was thus refreshing to read a bold and honest speech by Finance Minister II Datuk Seri Ahmad Husni Hanadzlah (pic) last week.

The mild-mannered Perak politician, at the National Award For Management Accounting on Dec 8, struck a chord with his listeners with his openness and his admission to use the country’s plural society to push for Malaysia’s competitiveness. It is a rarity these days as many politicians prefer to make “safe speeches”.

At a time when some politicians attempt to play the racial card, believing it to be still the best way to shore up voter support, Ahmad Husni has taken a different route. “It is about time we fully exploit the potential synergy that is fully inherent in the diversity of our talent pool,” he said.

To read more of my column On The Beat, click here.

Swiss in the doghouse 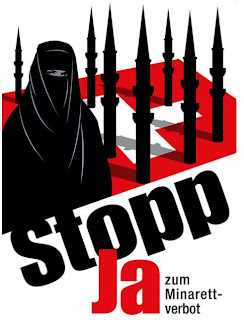 THE Swiss are not known for making global headlines. Like the way they run their banks, they prefer the conservative and low-key approach to handling any issue.

But they have suddenly been condemned worldwide for their decision to ban the building of minarets on mosques.

The decision, backed by the country’s far right Swiss People’s Party, is as good as banning the construction of mosques.

The advocates of this policy have equated minarets to Islamisation, with caricatures on posters showing the physical similarities between minarets and missiles.

They also argued that minarets were incompatible with the country’s political and legal systems as mosques advocated the imposition of Syariah laws.

The controversy started in the small town of Langenthal when its community of 750 Muslims applied for permission to add a minaret to its mosque. The town, with a population of 14,500, has 11 churches.

Read the rest of my column published in The Sunday Star today, here.

Who are we to judge Fatine? Leave her alone! 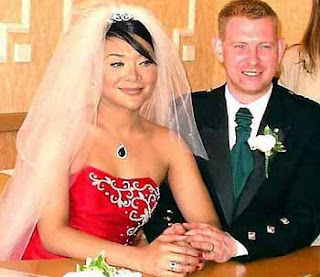 Controversial ‘marriage’: Mohammed Fazdil or Fatine and Young posing for a photo after they were married in a civil partnership in the UK last May.
I really pity Malaysian transsexual Mohd Fadzil or Fatine. She's having a tough time trying to stay in the UK with her husband but some of us here are not making it easy for her. In fact, we seem to delight in making her life more miserable.

For God's sake, let's leave her alone. Her husband and his family are not complaining about their marriage. They have given her the blessings and she is obviously happy with her life - which she could not possibly get in Malaysia.

So, why are we doing this to her? I really hope that the UK will approve her application this time, her third attempt, under the Human Rights Act in Britain. All the negative reactions towards Fatine would actually help in her application this time. I hope she uses all those paper cuttings to back her case. It's your life Fatine, no one should tell you how to live your life!